The History and process of soap making

Many people are unaware the products we use everyday have never been tested for human or animal safety.

These products contain toxic chemicals which are in our soaps and detergents and end up becoming absorbed into our skin. There are many documentaries and scientists referencing these chemicals in our cleaning supplies to be the cause of many health problems for ourselves and our offspring.

Although this does not have to be the case as we live in a time where we can simply research healthy alternatives and avoid the use of toxic chemicals.

Ill begin with a brief history on the origins of soap and give you the instructions on how you can make your own laundry detergent using natural ingredients.

Soap has been used by many different cultures throughout the world and was produced with similar ingredients using fats and wood ash. However soap was traditionally used for washing clothes and not normally used for cleansing the body.

The earliest recorded evidence of substances similar to soap dates back to ancient Babylon around 2800 BC where soap was used in the preparation of wool and cotton before weaving.

Soap was not commonly seen as a bathing agent because the ancient Greeks and Romans used a strigil for cleansing which scraped off the oils from the skin after a bath.

Interestingly, the word soap is derived from the Latin word sapo and was mainly used by the German and the Gauls as a pomade for men’s hair.

The use of soap only became popular for personal hygiene during the later centuries of the Roman era when physicians recommended bathing with soap for the treatment of diseases.

After the fall of the Roman Empire, the middle Ages were known as a dark and superstitious time where bathing and cleaning with soap was not done often. This lack of cleanliness is thought to have helped bring about the many plagues that wiped out Europe.

It wasn't until after the dark ages ended, soap and personal hygiene become popular again. Making soap a special craft by those who turned it into a very profitable industry.

Soap however, had an extremely high tax making it only available to the wealthy. Only after the tax was removed did soap become more widely used among everyone.

Since oil is one of the main ingredients in soap, countries such as Spain, Italy and France had the best raw materials for producing it using olive oil.

While soap made in Europe was focused around discovery, colonial America is better known for the manufacturing of soap.

As soap became popular with the colonies it prompted William Colgate founder of the Colgate brand in 1806 to become the first major soap producer in America.

Shortly after, William Proctor and James Gamble of Proctor and Gamble founded their own soap production facility with the brand name of Ivory as we know today.

Traditionally, soap is made from plant or animal oils and a limited supply of these ingredients during WWI prompted German chemists to develop synthetic materials as a replacement.

The U.S. Navy also indirectly helped spur along the use of these chemicals by needing to provide a cheap solution for washing clothes with salt water, as natural soaps would combine with the salt and create insoluble curds. Synthetic soaps offered the solution and soon after the war, the use of detergents for cleaning clothes became wide spread across America.

Synthetic detergents are now used by millions of Americans daily. In fact a staggering 4.4 billion dollars of laundry soap is sold every year.

Today however, more people are taking notice of the chemicals we're placing on our bodies and are switching to natural based detergents because of the growing concerns over their toxic counter parts.

Now I would like to show you how you can make your own effective laundry detergent without using toxic chemicals.

Making all natural laundry detergent at home is easy and can save you up to 40 cents per load.

Here I will list the 5 ingredients necessary for our batch.

Next we will combine all of our ingredients into the bowel and make sure to mix them thoroughly to ensure it does not clump. Once you have everything mixed together find an airtight container to keep it stored which prevents clumping. This recipe makes 36 loads with one Tbs per load.

The benefits of using natural made detergents offer a safer alternative to the harsh chemicals left in your laundry by other brands. This natural laundry detergent effectiveness is comparable to leading brands like Tide which cost up to 53% more to buy. Compared to Tide, the cost per load is about 51 cents while our natural alternative costs only 11 cents per load. 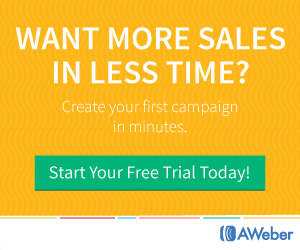 I hope this article will inspire you to try your hand at making your own laundry detergent while giving you a better understanding of its origin. As soap originally was never used for washing or easily affordable for the majority of the public. Maybe one day the next time someone asks you what brand of detergent you use, you’ll be able to say your own.

We carry all top brands